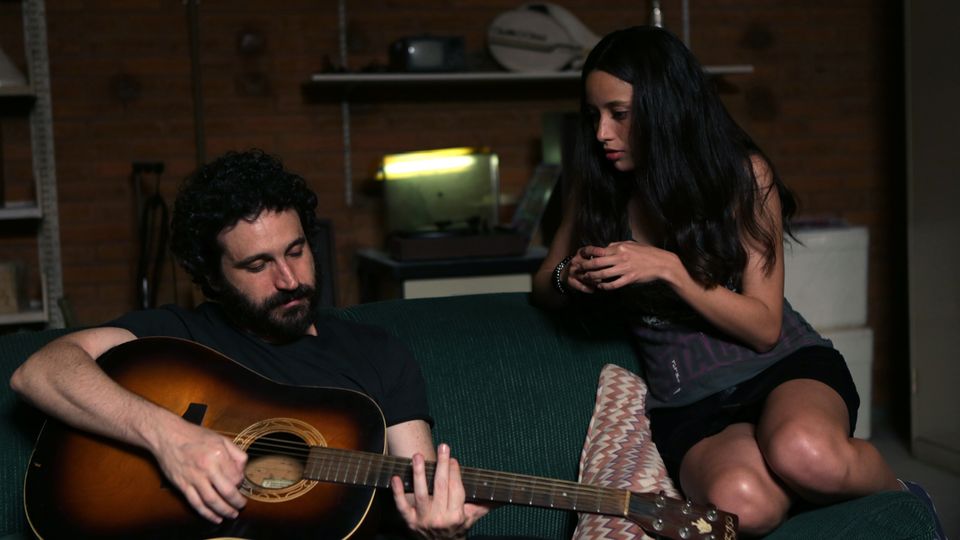 Beatriz is a teenager from Argentina that, after her mother’s death, finds herself moving to Brazil to an absent father. In a concert, she meets Rogério, a musician in his late 30’s, struggling under the shadow of his grandfather’s successful musical heritage. Shot in a mix of old 16mm, S16mm and digital, "Boni Bonita" is a romance modeled by mystery and conducted like Rogério’s failed compositions: running in circles in search of perfection, but at each cycle, becoming more deformed.